Back when vacation travel involved long, tedious hours of trudging over poor roads -- large, luxurious resorts that offered relaxation, recreation, and even something curative of that which ails ye, were all the rage in post-Civil War America.

Brown's Wells, just west of Hazlehurst in Copiah County, was one such resort, offering up mineral waters and any number of leisure time activities on a large tract of piney woods land.

Brown's Wells Health Resort/Plantation was built by William Brown, who purchased a large parcel of land from the federal government back in 1852. The history of the resort is bit murky before the Civil War, but shortly after the war ended, in 1865, Brown discovered mineral water springs on the property and set about building a large hotel in early 1880.

Numerous well-heeled, prominent people -- visited the resort, to drink the curative waters and recuperate from life itself.

In the early 1900s, from what I can tell via Google searches, the death of a principal owner of the resort resulted in what may have been a high profile lawsuit among the heirs.

Not being a lawyer, I have been unable to understand exactly what the legalese of the lawsuit and the appellate ruling means, but I have been able to determine elsewhere that around the time of the lawsuit, a group of businessmen from Hazlehurst and New Orleans purchased the resort and sank a princely sum of $50,000 into it, bringing in electricity, which resulted in the modern conveniences of lights, sewage, water and other amenities.

Cottages (and perhaps a second hotel building) were built, and a tennis court, golf course and well head structures were constructed for the guests to enjoy.

It was rumored that among the patrons was Eudora Welty -- this according to a book on Copiah County history by LaTricia M. Nelson-Easley.

The resort is but a memory now, and I have not been able to determine exactly how it came to no longer be or if there are any vestiges left for the curious to find. Anyone who may know this answer -- feel free to volunteer what you know via a comment below or one on FB.

These postcards are courtesy of the Mississippi Department of History and Archives.  Stay tuned for Part II tomorrow. 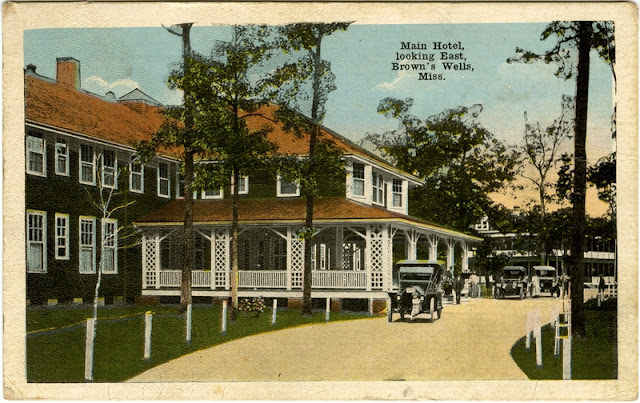 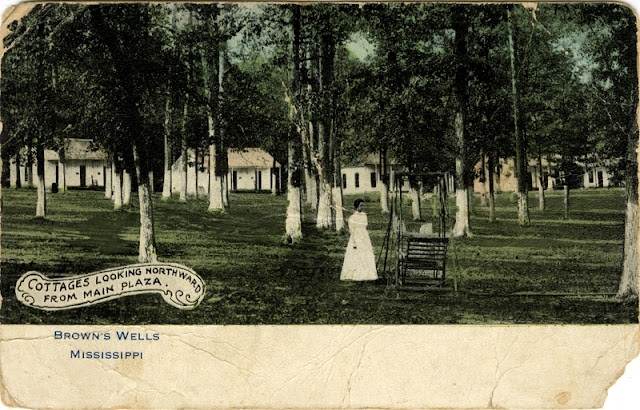 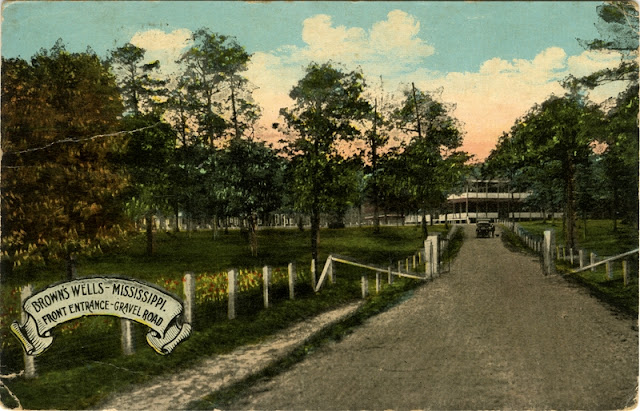 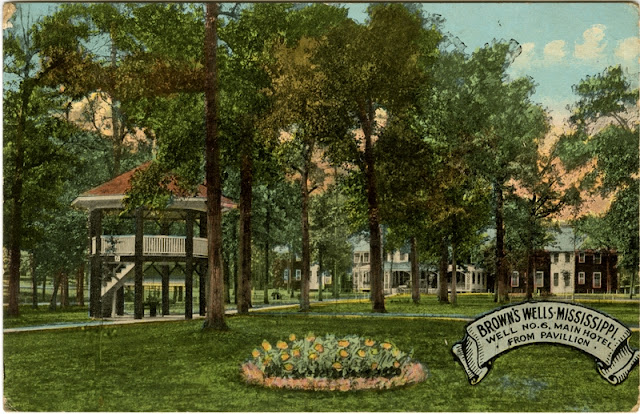 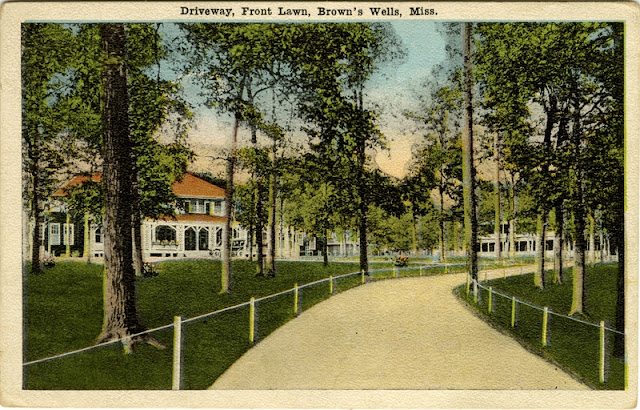 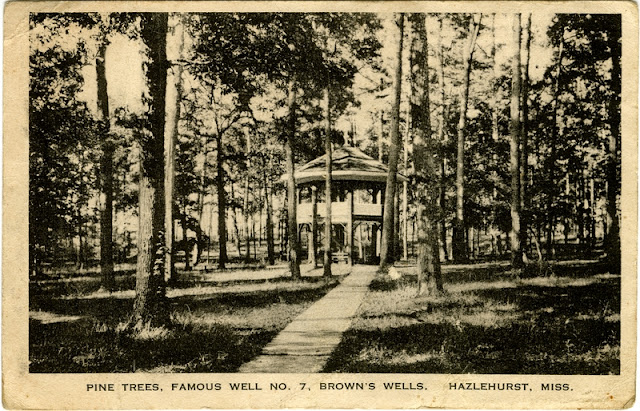 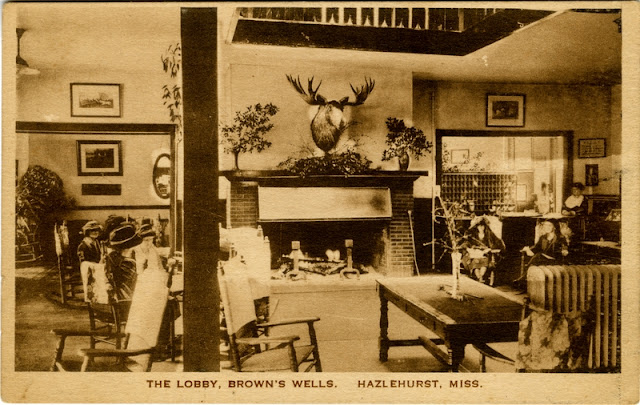 Posted by Sukie Carruth at 6:06 AM